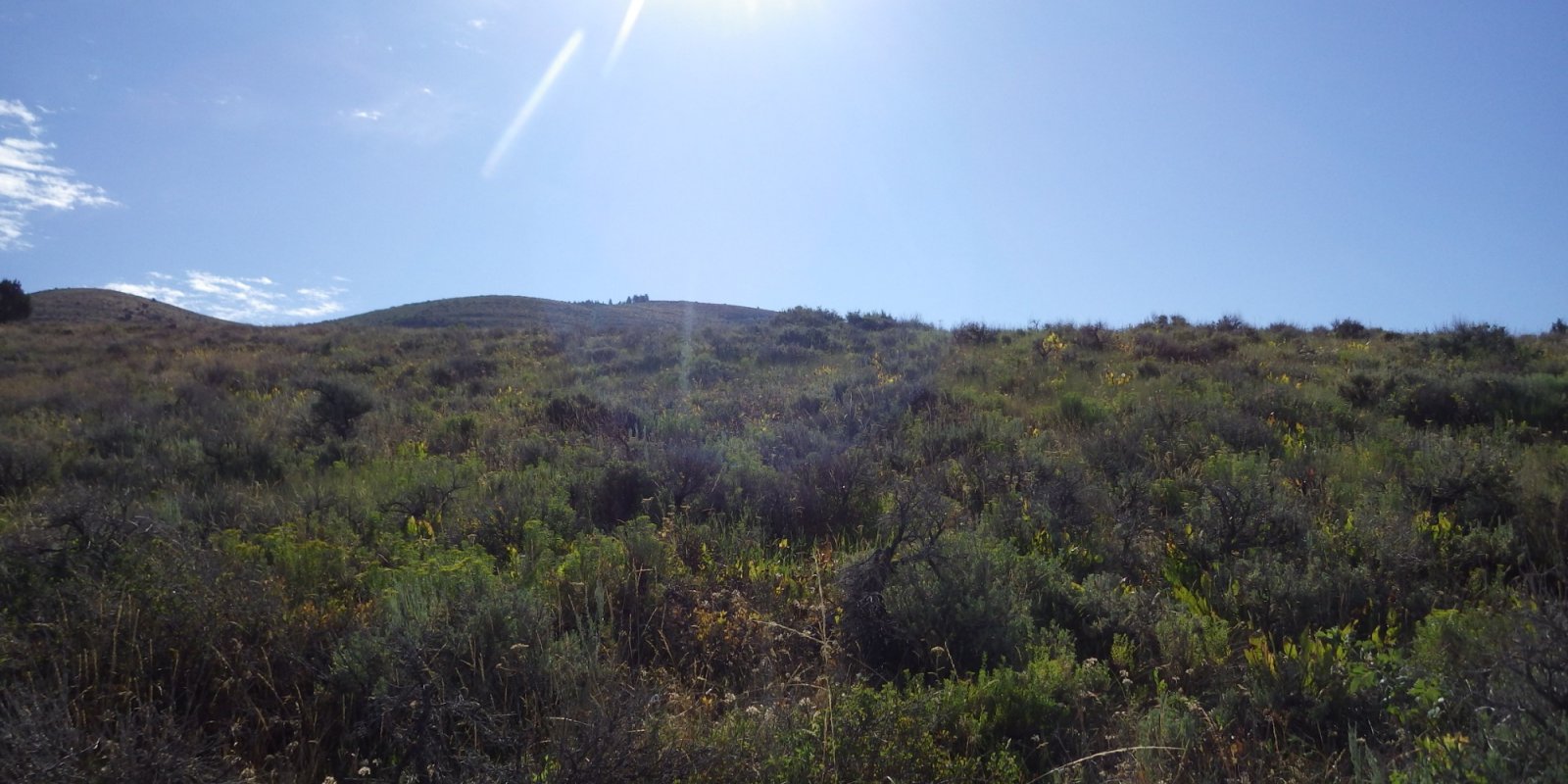 Zoom in to display soil survey map units for an area of interest, and zoom out to display MLRAs. Select a map unit polygon to view ecological sites correlated to that map unit. View a brief description of an ecological site by clicking on its name in the map popup. Soil survey correlations may not be accurate, and ecological site classification of a location should always be verified in the field. Each selection may require the transfer of several hundred KB of data.

Slopes greater than 30% on northerly aspects

Slopes greater than 30% on southerly aspects

Slopes generally less than 30% on all aspects

R013XY012ID–Gravelly South Slope 12-16 PZ ARTRV/PSSPS
Site occurs in 12-16 PZ at 6000-7000 ft. elevation. Soils are moderately deep to very deep and are formed in slope alluvium and colluvium. Textures are gravelly and cobbly loams

Soils are moderately deep to deep loams and are non-stony

R013XY019ID–Stony Loam 16-22 PZ ARTRV/PSSPS
Site occurs in 16-22 PZ at 5500-7500 ft. elevation. Soils are deep. Soils have formed in side slope alluvium and loess. Textures are dominantly gravelly loam and flaggy loam with coarse fragments increasing with depth. The profile is 35-90% coarse fragments below 20 inches

Soils are shallow and non-stony

Soils are shallow and gravelly or stony

R013XY027ID–Sand 12-16 PZ PUTR2/HECOC8
Site occurs on basalt flow ridges and lava pressure ridges in areas of sand dunes. Within the site are areas of rock outcrop and areas of deep soils. Soils are generally sands and fine sands. Slopes range from 1-10% with elevations from 4800-5600 ft.

R013XY011ID–Windswept Ridge 12-20 PZ ARNO4/PSSPS
Site occurs on low terraces and mountain slopes at 4500-7000 ft. elevation. Slopes range from 0-30%. Soils are less than 20 inches to generally unfractured bedrock or extremely gravelly material that acts like a pan that restricts water movement

R013XY014ID–Shallow Stony 12-20 PZ ARAR8/PSSPS
Site occurs on steep mountain slopes and breaks with slopes from 20-70%. Elevation ranges from 5500-8000 ft. Soils are extremely stony loams and silt loams. They are formed in residuum and from sandstone and limestone with some loess influence.

R013XY015ID–Steep Stony Mahogany 16-22 PZ CELE3-ARTRV/PSSPS
Site occurs on mountain sides and plains. Slopes range from 1-30% with elevation from 5000-7000 ft. Soils are well drained and shallow. They are formed in side slope alluvium, loess and residuum

Water table present for most of the growing season.

Water standing at or above the surface into late summer

R013XY050ID–Riparian Wet Meadow SALIX/CAREX
Soils are deep and poorly to moderately drained. Soils are affected by wetness for part of the growing season within 1.5 ft. of the surface. Soils are saline