This ESG is found on mountain summits, backslopes, and shoulders at elevations from 3000 to 5000 feet and slopes typically between 10 to 50%.

The average annual precipitation in this MLRA is typically 20 to 65 inches but can range from 13 to 123 inches (176 to 2,471 millimeters). This ESG averages 50 inches. It is lowest in the lower valleys and highest on the mountain peaks. The precipitation falls mainly from fall to spring, mostly as snow. Winter precipitation is from Pacific storms that are frontal in nature. The amount of precipitation decreases from west to east. Summers are typically warm and dry, but there are occasional thunderstorms. The average annual temperature is 27 to 61 degrees F (-3 to 16 degrees C). The frost-free period for this ESG is generally less than 100 days, and the freeze-free period averages 215 days and ranges from 85 to 350 days. The lowest annual temperatures and the shortest freeze-free periods occur in the mountains.

This ESG is currently represented by:

Representative soils are Jiggs and Lyonsville components, which are a medial Typic Vitrandepts and Typic Haploxeralfs respectively. And the mapunits include survey CA645 LvD, LvE, LyD and LyE and survey CA607 LhE.

This site is composed of a lot of map units from a very old soil survey and will likely need to be re-evaluated to determine finer level ecological site concepts within it. It is described as a sloping to steeply sloping site that is excessively drained with a fractured and somewhat weathered rhyolite bedrock. Soils are erosive and can be heavily disturbed by logging practices. Steeper slopes are a high risk of erosion and soil surface loss. Vegetation dominating this site is Ponderosa pine, Douglas-fir and incense cedar.

Montane chaparral species are common post-disturbance on these deeper forest soils. After disturbance (logging, fire, erosion) chaparral proliferates and may exclude conifers and other vegetation for many years. However, chaparral may facilitate the germination of red fir seedlings and other shade tolerant conifers by providing a protective cover, moderating microclimate, and improving soil conditions. Chaparral shrubs may be an essential link in forest succession by building up soil nutrient levels, especially nitrogen, to the point where trees can survive. In mature timber stands, chaparral species may senesce due to insufficient light through the canopy and are only present as a sparse understory. Thus, silvicultural practices have a strong influence on the structure of montane chaparral. 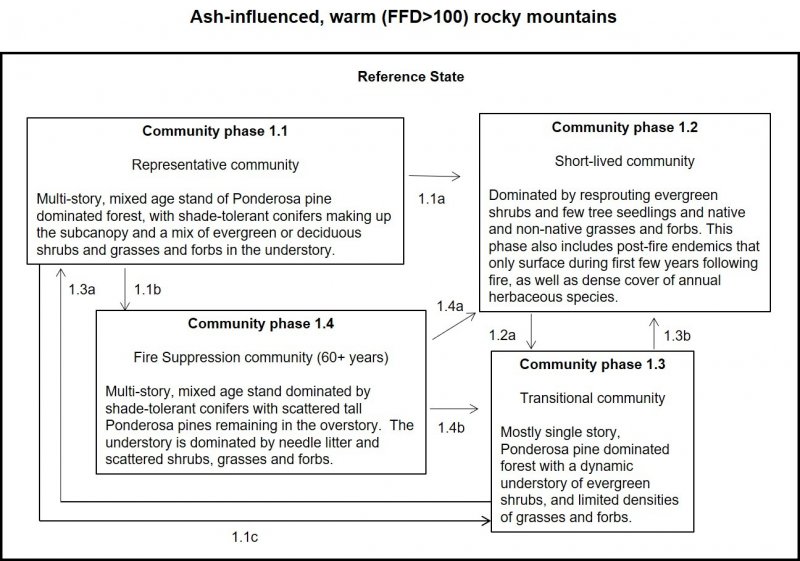 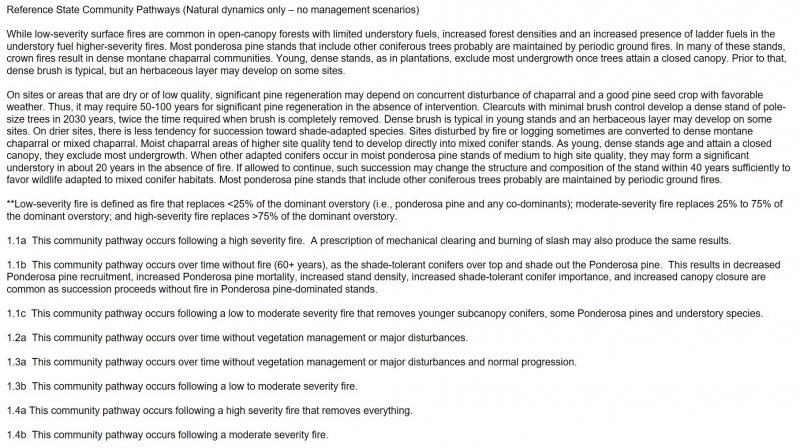